Eckhardt Optics is your number one optical design and manufacturing partner. Our passion for optics has led us to provide custom lenses for uses as varied as industrial inspection, UV curing, 3D printing, and photography.

We offer the full extent of our experience, versatile design abilities, and individualized support.

We create optical instruments for optical property testing, such as scattering, retroreflectence, and polarization. Due to this, we have a stock of conoscopic lenses and scatterometers that are available for purchase. See our Completed Projects page for some examples. If you need an instrument to measure optical properties, we’d love to hear from you. Call us at 651-315-8249 or use our contact us form to get started.

We use Synopsis and Zemax for lens design. The fact that our CEO, Steve, has over twenty years of experience with lens design software as well as thirty years of optical design and manufacturing experience means that we’re ready for even the most complicated optical design problems. To top that, Steve has collaborated with some of the best minds behind these technologies. If a design is physically possible, we have the tools to do it. Because of this, we’re able to promise you the best support from an established industry professional. Call us at 651-315-8249 or use our contact us form to get started.

We optimize the manufacturing and design process through global sourcing, striving to solve your optical design problems at high speeds and low costs. In addition to this, we will provide you with designs, prototypes, and volume production, unifying the process. Call us at 651-315-8249 or visit our contact us form when you’re ready for action.

As a company, we value education. For this reason, we’re always seeking to provide learning opportunities for employees and customers. We’re happy to help you learn more about optical design and manufacturing! You can learn more about lens types here or read about how we design lenses. Click here to go to our FAQ list or check out our other advanced topics here. Our resources page is another great place to start. If you’d like to learn more about our company, visit our about page to meet our staff.

This is just a taste of our staff's extensive experience -
click on any of the bios below to read more. 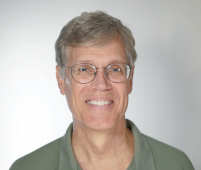 30 years of experience in optical engineering, Ph.D. in optics from the University of Arizona, experience designing single element lenses to multi-element zoom lenses... 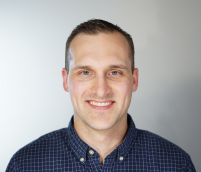 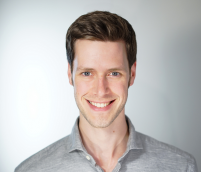 Working with Eckhardt Optics, we were able to design a unique low power objective for the firearms comparison microscopes we manufacture here at Leeds. This lens allows us to provide the widest observed field of view image in comparison to any of our competition. The final product from Eckhardt Optics, is a high-quality lens including identifying graphics and technical information. It resembles and integrates well with lenses offered from large microscope manufacturers.​

"I first met Steve in early 2003. I was impressed by his optical system design knowledge and ability. His design approach is elegant and innovative in its simplicity and effectiveness. The designs are robust, buildable, and successfully balance the often conflicting requirements of a state-of-the-art system. Over time, I got to learn more about Steve’s experiences and abilities… they are extensive. He can be understated in conveying them to you personally, but the quality of his designs speaks loudly of the strength and diversity of those experiences and skills. He always delivers a practical solution. He always delivers value. He supports his designs with solid analysis. And he showed an uncanny ability to work smoothly with many different types of teams, whether co-located with them or not."

"Over the last ten years Steve has either worked with me as a colleague or reported to me. In both situations I have found him to be insightful and productive. He has the valuable ability to perceive challenges and opportunities that others may not have recognized, and to take action to address them. An example of this is the situation we found in 2004. We had developed a projection component that could significantly improve performance of LCOS projection systems, but the system needed to be designed appropriately. Steve proposed preparation of a reference design, but management felt this was out of scope for our team. He convinced me of the value of the effort, completed the design in addition to his other assignments, built prototypes, and showed them at SID. This led directly to volume sales of the component in an award winning projector built on a refinement of Steve’s initial design. To avoid misimpressions I should stress that Steve is persistent but neither confrontational nor belligerent. He is a great team member, open to constructive criticism, and more interested in the success of his team than as being seen as the hero. I have greatly enjoyed working with Steve, and would do so again without hesitation.